Crooked Teeth? Invisalign May Improve Your Life (Your Oral Health-Related Quality of Life, That Is) 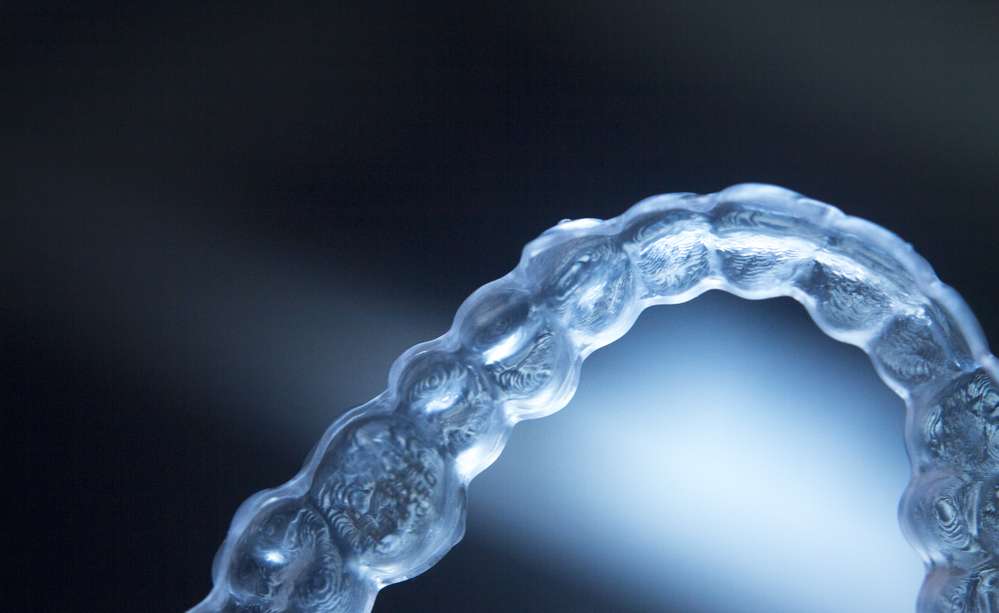 Picture a person with crowded, crooked teeth or a misaligned bite, and you might think that it’s nothing more than a cosmetic problem. In reality, that’s just a fraction of the problem.

For one, a messed up bite – malocclusion – can make it harder to clean all your teeth well, raising the risk of decay and gum disease (not to mention the systemic health problems linked to gum disease, from diabetes to cancer, and plenty in between.) An uneven bite can just as well raise your risk of wearing down or even fracturing teeth due to friction that wouldn’t happen without the imbalance.

Malocclusion can also lead to postural changes that can put undue stress on your spine, which can lead to serious pain and even nerve disruption. Similarly, it can stress out your temporomandibular joints (TMJ), potentially damaging them, paving the way for a future of chronic headaches, jaw pain, neck pain, and more.

Of course the cosmetic aspect matters, too, affecting things like self-esteem and confidence. Combine this with functional and other issues, and you get what’s known in dental research as “oral health-related quality of life” (OHRQoL). As the authors of one paper described it,

It “reflects on people’s comfort when eating, sleeping, and engaging in social interaction; their self-esteem; and their satisfaction with respect to their oral health.”

Studies such as this one suggest that malocclusion can indeed drag down a person’s oral health-related quality of life. They also raise an important question: Can correcting a person’s bite with orthodontics improve OHRQoL?

That question was at the heart of a very large literature review published last year in Medicine & Pharmacy Reports.

Its authors sifted through roughly 70 years of studies, finding over 7500 possibly relevant ones. Once they had screened all the titles and thrown out the duplicates, they were left with 28 studies that met their criteria. Three of the studies were randomized controlled trials. There were also 14 cohort studies (tracking a group of people over time), 9 cross-sectional studies (analyzing data from a group at a specific point in time), and 2 case-control studies (comparing two groups).

Reviewing this research, the authors found “moderate evidence” that orthodontic treatment improved both OHRQoL and self-esteem in children, and OHRQoL among older populations. 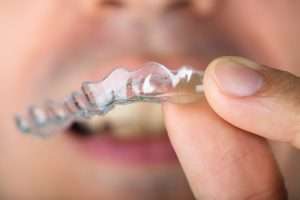 Notably, though, most of the studies they looked at focused on conventional braces. Would the results be any different for clear aligners such as Invisalign? With this option – one chosen by many of our own patients, regardless of age – there’s no risk of being called “Brace Face” or dealing with brackets that can rough up the insides of your mouth or being inconvenienced by the occasional lost bracket or any of the other hassles that can come with conventional orthodontic treatment.

Another recent study sought to answer this very question through the participation of 110 patients who were divided into two groups, matched by age, gender, and malocclusion severity. One group had fixed orthodontics (“braces”), while the other received clear aligners. Pain perception, anxiety, and oral health-related quality of life were all tracked throughout the course of treatment.

Similarly, both groups experienced improvements in OHRQoL – but, again, more so in the aligner group compared to the braces group.

Consequently, the authors of this study concluded that

And that’s on top of the beautiful results that come from transforming one’s not-ideal smile into a smile that they love – and love to show off. It’s one reason why successful ortho cases invariably bring smiles to our own faces, as well!