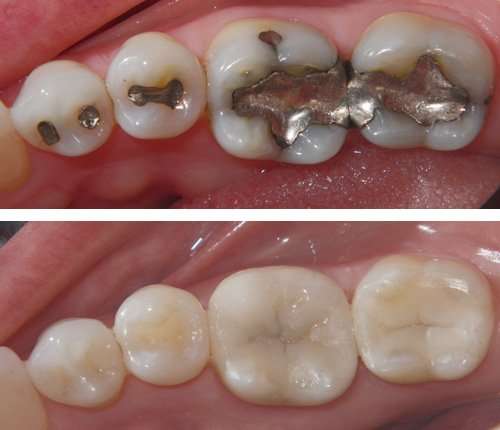 Just over a year ago, the FDA made a big, big change in their guidance on dental amalgam. For decades, they had insisted that the material used to make so-called “silver” fillings was perfectly safe for everyone despite their being roughly 50% mercury, a potent neurotoxin. No more.

The FDA has found that certain groups may be at greater risk for potential harmful health effects of mercury vapor released from the device. As a result, the agency is recommending certain high-risk groups avoid getting dental amalgam whenever possible and appropriate.

Those groups are pregnant and nursing mothers, those who plan on getting pregnant, children (especially those younger than 6), people with neurological conditions or impaired kidney function, and those who are sensitive to mercury or any other component in the filling material.

All together, that’s about two-thirds of the total US population.

But truth be told, NO body needs mercury, and we have far safer materials we can use to repair decayed or damaged teeth – materials that are strong and extremely durable, even in the back teeth you use most for chewing. (Frankly, they look a lot better than mercury amalgam, too, being practically indistinguishable from natural tooth structure.)

Certainly, not everyone who has amalgams will get sick or get sick in the same way. But many do – often experiencing symptoms that get written off as psychosomatic or “medically unexplained,” leaving individuals to suffer for years as they try to “manage” their symptoms.

And that brings us to a recent study that was funded by the Norwegian Directorate of Health out of concern about the potential impact of dental mercury on whole body health.

One hundred twenty-nine patients among three cohorts took part. One group consisted of patients with medically unexplained physical symptoms (MUPS) that they attributed to their amalgam fillings. Another consisted of MUPS patients who didn’t attribute their symptoms to amalgam. The third consisted of healthy patients.

At the start, all participants completed questionnaires to assess both their physical and mental health complaints. Symptomatic patients also had their complaints evaluated by their general physician to confirm that their symptoms met the criteria for MUPS. The group that linked their symptoms to their fillings then had their amalgams removed.

After a time, the 61% of participants who completed the full study redid the same questionnaires they had filled out at baseline. 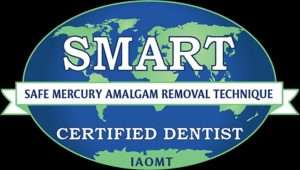 Like any study, this one has its limitations – from the smallish size to the lack of blinding and a number of concerns in between. But the results do mirror what we have seen in our own patients over the years: Those who opt to have their mercury fillings safely removed and replaced with biocompatible alternatives tend to see their health improve afterwards – especially if they follow with proper chelation and other detoxing therapies to clear the mercury that’s built up in their body over the years.

And this makes sense. Since they’re addressing a major body burden and stressor, their bodies’ self-regulative, self-healing abilities can become more effective and efficient once again.

That said, we must make it clear: As with any dental – or medical – procedure, amalgam removal alone doesn’t guarantee complete healing. Simply, every person is an individual. In approaching the matter of dental burdens on whole body health, we always have to look at the big picture. Are there other burdens that also need to be addressed? Are there systemic issues that can interfere with healing? Does the person need to work on certain medical issues first to ensure good results from the dental work?

This is why Dr. Parsi goes to great lengths early on to learn as much as he can about you, your current health and lifestyle, and your overall dental and medical history. That way, he can customize care to your needs. Frankly, it’s some of the best insurance for creating the best possible outcomes for the dental care we provide.